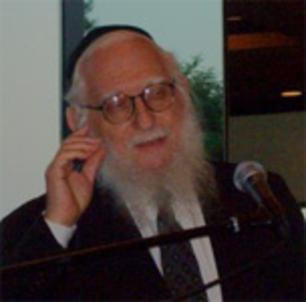 Rabbi Emanuel (Menachem) Gettinger served as Rabbi of the Young Israel of the West Side for more than fifty years.  He was ordained by Yeshivas Chaim Berlin and was a close disciple of the Rosh Yeshiva, HaGaon HaRav Yitzchak Hutner.  Rabbi Gettinger received an advanced degree in mathematics from Columbia University.  He served for more than two decades as the President of Ezras Torah, a major charitable organization in Israel.  To see a biographical tribute to Rabbi Gettinger from Ezras Torah, please click here.